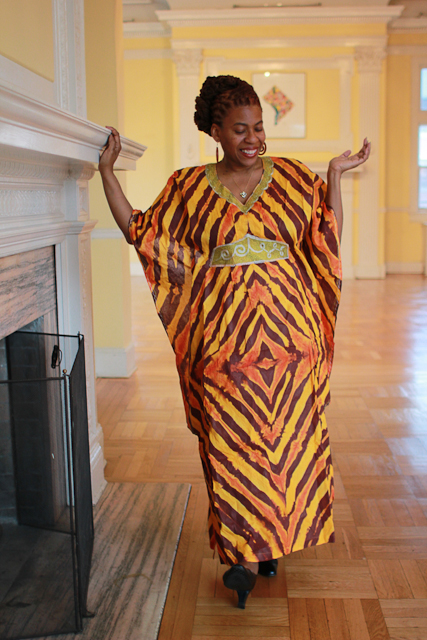 Aka: Founder and Festival Director for  Reel Sisters of the Diaspora

Favorite thing about your neighborhood:

Love the people and the small town feel of Brooklyn neighborhoods. My favorite places to people watch is Tom’s, Brooklyn Bridge and Prospect Parks. I enjoy dancing at Franklin Park bar on Fridays.

What did you get funded for?

What’s that all about?

Reel Sisters presents films produced, directed and written by women of color across the globe. It is the first Brooklyn-based film festival devoted to women in film.

What else do you have coming up?

Launched an exciting new website devoted to showcasing artists and writers. The Artivist Rises, an exhibition on activism in the arts, is on view until May 4, 2015 at 1199SEIU Gallery in Times Square.

I’m inspired by the Jacob Lawrence’s Migration series exhibition at MoMa. It’s the first time in 20 years that the complete series is being exhibited. Planning to return for a second visit.

Anything that you’re totally over?

Selfies. Prefer taking photos of life as it unfolds.

When you’re not making art you’re…

Carolyn A. Butts, publisher of African Voices, has 23 years of organizing programs in arts, education, business and film. She served as an assistant press secretary to former New York State Comptroller H. Carl McCall and a press aide to former Manhattan Borough President Ruth Messinger. A former New York Post reporter, Carolyn was featured in Ms. Magazine’s October/November 2001 “Women to Watch” column for her outstanding achievements. She is the founder the Reel Sisters of the Diaspora Film Festival & Lecture Series (www.reelsisters.org).